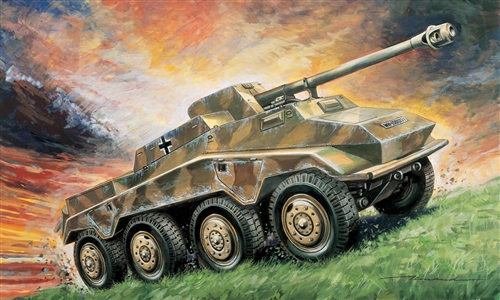 ItaleriSd.Kfz.234/4This version of Armoured car Sd.Kfz.234 was produced in 1944 to provide a standard reconnaissance vehicle for the German army as an anti tank weapon. A potent 7.5cm type PAK 40 cannon was mounted on a modified chassis which was able to neutralise almost every enemy tank of that time. Although built in limited numbers this armoured car was deployed on the western front as well as against eastern European Soviet forces.1/72 Scale