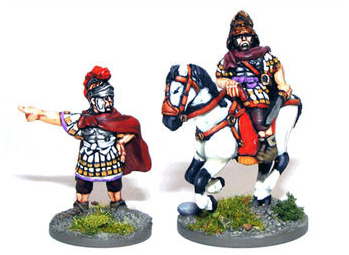 Warlord Games Imperial Roman Officers (2)The perfect complement to your army of Legionaries, Auxiliaries and war machines, these two finely-detailed miniatures will sit proudly behind your battle line directing your troops to victory! There was little discernable difference between the equipment of a Tribune or Legate so these two models can be used as either.The Imperial Roman Officers pack contains 2 metal models – one on foot and the other on horse.